SADHANA - A Relentless Journey (fueled by Parents of Intellectually Disabled)

While the birth of a child spells joy, the event marked a time of anguish and desperate helplessness as our children were born mentally challenged. Questions pertaining to why it had happened to us and what should we do next haunted us every hour of every day.

Dawn Of An Inspiration

1990: There is a saying that God chooses his special children for the harder struggles. our inner conscience told us that these children are a very special gift. Through them, we could serve other children in the society at large. We were determined to take it as a challenge and not a curse.

This thought kindled a new light in our otherwise dark lives. We made up our mind to work for the welfare of special children, to stretch the limits of their world that was limited to their homes, create new avenues for their education, training and exposure and make them a part of our society so that they too could live purposeful lives as contributors in their own special way instead of being liabilities. Instead of struggling in isolation, we joined our hands to establish a society that aims to help diffderently abled children. We named it “Sadhna Society for Mentally Handicapped".

The Initiation Of 'Sadhana'

In our heart, we knew that we had taken the first few stepping stones to achieve our goal, though there was a long journey that lay ahead. Our pain was common and we had to let it inspire us to achieve collective good instead of being mired in self pity.

In 1995, the society was registered with the government of India and we were ready to push it in a professional direction.

Getting Started And Generating Mass Awareness

While our strength propelled us, the task was herculean. We had to educate the society and parents of special children about issues relating to mentally handicapped persons, knock at the doors of government to help us in providing facilities to these children and to fight for their rights.

The next five years were embroiled in making the city aware about various mental disabilities, a topic that most were ignorant about. We personally identified families that had special children and convinced the parents to send their wards to school. It was very sad to note that families wanted to 'hide' their children from the world for fear of ridicule. we were determined to fight this mentality.

By the year 2000, Sadhana Society for Mentally Handicapped was a professional body. We regularly conducted seminars on legal rights of the mentally handicapped for the parents of special children and other concerned people. We also conducted a number of seminars, drives and awareness programmes on mentally handicapped children and the issues surrounding their conditions and life situations. The purpose of these seminars was to increase awareness among the general public and assist parents by informing them about the opportunities to obtain support for their children

Opening Of An Institute For Children With Special Mental Conditions

While the society had been formed, we were yet to give wings to our dream of opening a school/institute for the special children, where they would be taught and trained to be as independent as possible. In Chandigarh, the 'City Beautiful', there was a scarcity of infrastructure for the mentally challenged despite statistics pointing out to the fact that a population of about 10,000 belonged to people with mental retardation, autism and cerebral palsy. Therefore, the need to start an institute for the education and training of such children was urgent.

After considerable struggle that involved convincing the Chandigarh Administration for the setting up of an institute, we were rented premises by the Municipal Corporation in 2001 to run a school for special children. The first hurdle in the culmination of our dream was the deposition of security amount of Rs 50,000 for the building, a handsome figure in those times. But, with the cooperation of some parents who pitched in money, there was no looking back for us.

Turning The 'Building' Into A Functioning School

The building that had been allotted to us by the Municipal Corporation was spacious, but in a dilapidated condition. The windowpanes and fans were broken; there were no lights or classrooms. The open ground of the building was literally a pond. we obviously had a long way to go.

Energised with the success that had come our way so far, we got down to renovating the building. With our own hands, we secured barbed wiring for the fence and approached authorities for basic amenities such as installation of fans, lights and chairs. Old furniture from our homes was brought in and partitions done to create classrooms. Our efforts paid off and soon, the school was ready to function.

Another challenge was to arrange the monthly rent of Rs. 10,000, which was again contributed by all of us.

Convincing Parents To Send Their Special Children: An Uphill Task

While mental health continues to be a taboo topic, back in the 90's it was almost shunned. Fearing public humiliation and isolation, parents either did not accept the fact that their child was disabled or would feel ashamed of bringing him or her out in the open. They felt cursed and abandoned. It therefore became a challenge for us to connect with such parents and prepare them to accept their children the way they were and help them learn to lead their lives. We went house to house to counsel such parents. We also visited schools in the city to identify children with mental disabilities who may be having a tough time competing with the 'normal' children. We counseled their parents to put their children in special schools where they can be trained according to their needs. We prepared a list of special children in the tricity of Chandigarh (U.T), Panchkula (Haryana) and Mohali (Punjab) to begin with we held a 15-day summer camp to help them get comfortable. Activities such as clay modeling, teaching of table manners, drawing, art work and gardening were taken up, which the children seemed to enjoy. It was as if they realised that they had never been treated 'normally' before.

Starting A Training Institute For The Mentally Challenged

2001: The summer camp was a resounding success and upon seeing the children's growth, We decided to immediately start vocational training for them. As a result, with effect from October 2001, we started the venture under the name, 'Sadhana Vocational Training Institute for the Mentally Handicapped'.

The institute is run exclusively by the parents with the guiding principle of self-help in mind. At this centre, a systematic and scientific approach is adopted to provide the best possible health benefits to these children. After conducting an individual assessment, discussions are held with parents and experts and then a phased programme is planned and the child engaged in various activities.

Although money was a constraint for hiring qualified staff to train and educate these children, we didn't let it deter our aim. Initially, the parents were enrolled for this job. But, within two-three months we were able to hire qualified therapists, special educators, a Yoga teacher, a dance teacher, a sports teacher and other supporting staff.

Within a year we were able to make the institute at par with other premier institutes in India.

Our aim is to provide scientific and professional training to these children in the field of education, vocation, employment and behavior. With the help of Govt. agencies and social efforts we want to reach out to more and more of these children who are not exposed to any sort of education due to  unawareness, backwardness and poverty. We will really feel successful when our children will be accepted as the part of the society rather than a burden to it, as a blessing to the parents rather than a curse, as an asset rather than liability, by providing themselves to be independent and standing on their own feet.

Sadhna Home for Special Children: Sadhna aims at establishing a home for the intellectually disabled for their life long settlement which is the ultimate need of the parents so that they should leave this world in peace with the satisfaction that their child would be looked after even after them.

Open More Vocational Training Centers: To help parents and organisations open more vocational training centers in areas where there is no access to special education

Help Government in formulating policies and laws for the upliftment and social inclusion of intellectually challenged and differently-abled persons.

Sadhna institute is run exclusively by the parents with the guiding principle of self-help in mind. At this center, a systematic and scientific approach is adopted to provide the best possible health benefits to these children. After conducting an individual assessment, discussions are held with parents and experts and then a phased programme is planned and the child engaged in various activities. 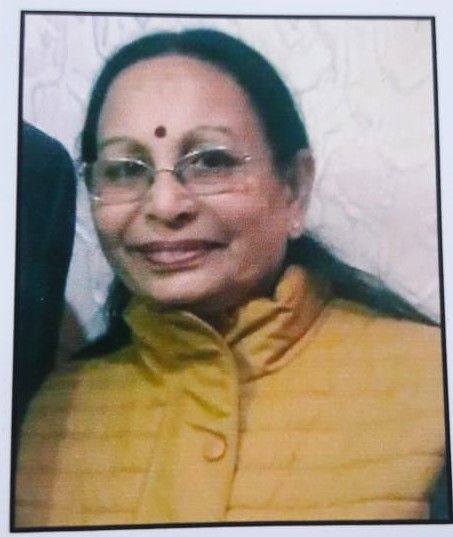 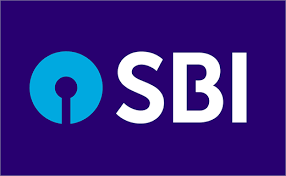